Lack of posts but still been busy!

Well I haven't posted for awhile as I've just been so busy.

I have been busy with radio bits and bobs thought which I will post about!

Today is the start of the VHF Championship 144MHz Trophy Contest arranged by the RSGB.

If you have some spare time why not give a call to the portable stations who will be QRV over the weekend.

Good luck to all!

I want to try FT8 on 472kHz so putting this post together hoping someone can monitor or even call me on 472kHz.

I intend putting calls out around 7pm BST

I'm tempted to leave it on transmit overnight again as it's the weekend, maybe a few more stations monitoring the band.

Reading the pre release information this could be quite a hit with the radio community. It looks to have the features I would require in a QRP radio and could wipe the FT-817/FT818 off any persons wish list.

HF to 70cms (might include 70MHz)  all mode including D-star!

I decided to leave my station running overnight on WSPR and glad I did. As I was spotted by a quite a few stations and from memory new country.

Looks like a glitch with WSPR as SWLJO43 put the distance 12490km! 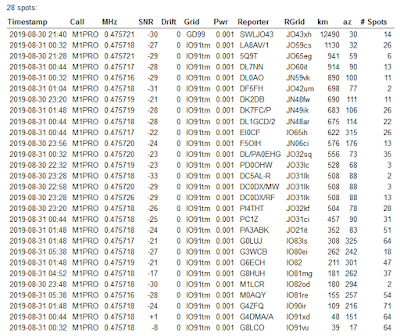 This evening I had my 472kHz system running on WSPR. One thing I've always wanted to try was the fluorescent tube near the antenna trick and I had recently been given a an old light from a family members kitchen.

So had to amuse myself and give it a try!  (click on the pictures to enlarge) 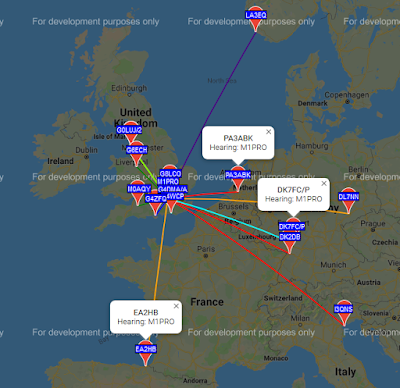 As it it gets later on in the evening I'm now being spotted into Norway by LA8AV in JO59CS (1130kms) and a few more German stations. 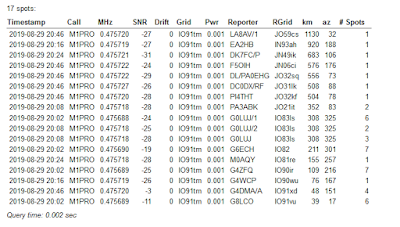 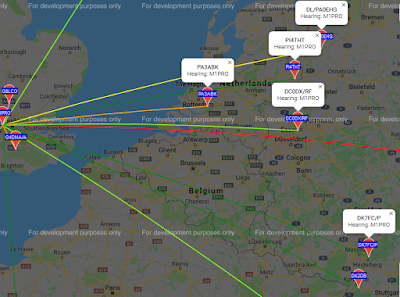 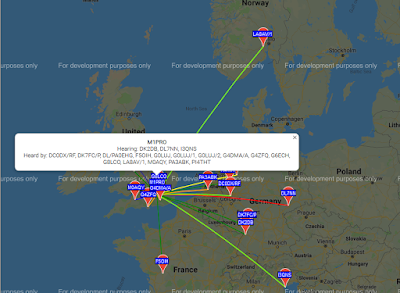 Well it got the better of me and I had to try the 2nd version of the G3XBM transverter on air.

After wiring up the antenna system and getting a 1.3:1 match I wired up the transverter!

The antenna is my halfsize G5RV on a 12m spiderbeam pole with variometer and loading coil tuned against ground, pretty basic systems really!


Once I was happy I put the transverter into TX next on WSPR. On the first call I was spotted by 6 unique stations with the best spot 308km away in IO83 square. As previously test into a dummy load it's producing just over 7watts out the transverter. The ERP must be microwatts!!!! 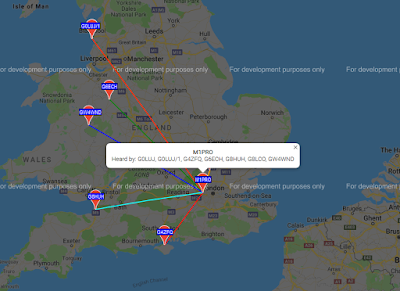 This morning I was able to get the transverter running after the first power up was unsuccessful due to a non working SBL-1 mixer I bought from eBay. Lucky I had one spare....

It's producing about 7watts into a VSWR meter and dummy load. I did notice as I increased the frequency "well out of band" (600KHz) it could produce 15watts. Can only assume the values of the capacitors or coils need adjusting on the PA section but I don't have capacitors at the voltage needed to change/try plus don't fancy rewinding coils.

I'll let new owner experiment as this is part of the hobby, it works with what I think is a decent output for the band and I know the IRF510 transistor is good with the of a few adjustments could potentially put out the 10-15watts at 472KHz.

I also added the M0UKD mod with a capacitor for a output to a frequency counter.

Being the bank holiday I have some time to list it on eBay this afternoon. 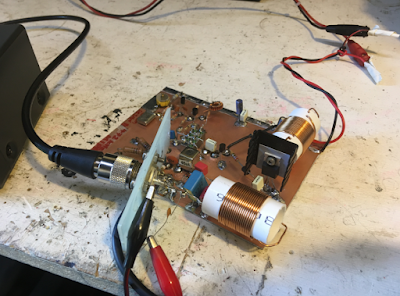 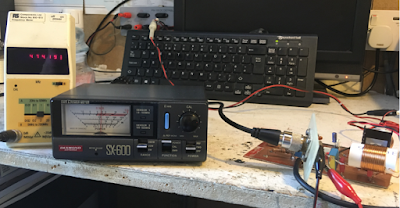 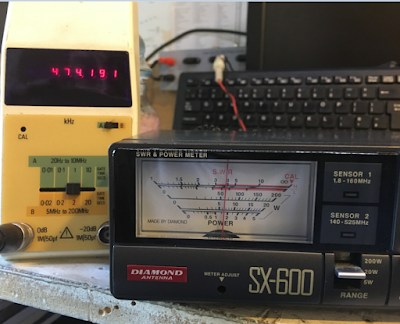 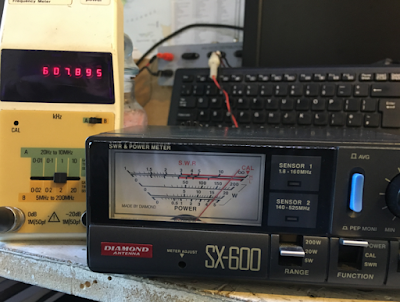 Version 2 of the G3XBM 472KHz transverter

I mentioned before I bought enough components to make a second G3XBM 472KHz transverter. So I got underway with constructing the version 2 using the island cutting tool I bought from G-QRP club.

There were just two components I was missing from the PA section and in two minds selling it as a project that needed completing or as fully working unit. Well........I decided it needed to be finished, so both parties knew it was working and only fair that the buyer had something that was plug and play.

It looks better than my original version and I was tempted to keep it at one point but I won't get the use out of it and that will be one less person that could be on the band.

Just need to go over the circuit, check the solder joints and then I'll power it up!

The only thing I'm unsure of is the enclosure. I have a few boxes "one that is perfect" but it cost me £25 and I'll doubt someone will be willing to pay that for the box and the transverter. Plus it leaves the buyer able to mount the hardware as they see fit.

Fingers crossed it works and someone will be interested in putting it to good use. I won't be able to work out what it cost me, so will list it on ebay and whatever it sell for I'll be happy!

Wanting to try a different then FT8 I left MMSSTV on receive. It's nice to see people using this mode still and there were quite a few station I could hear but only one still had a strong signal were a  picture could be decoded.

I'm yet to have a good two way SSTV QSO!

M1PRO
Just a bottom feeder in this big pond!